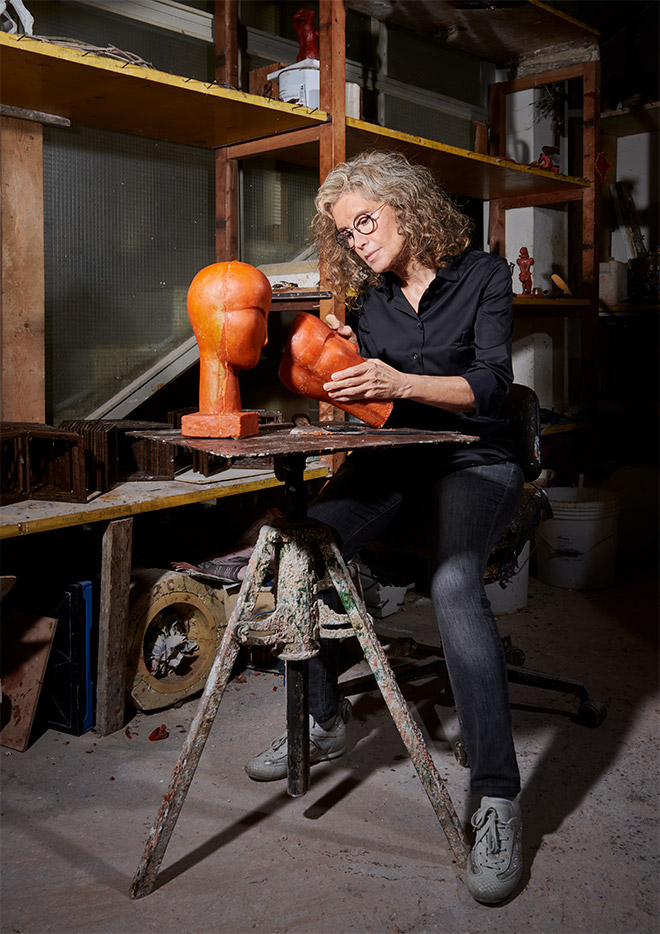 Susanna De Angelis Gardel was born in Rome, where she spent her early childhood.
Later she moved to Milan where she received her high-school diploma in Languages and Humanities, followed by a degree in Modern Languages and Literature.

She has been living in Lugano since 1982, and in 2006 she began to teach herself figurative painting.
In 2012 she held her first solo exhibition entitled Creatures in the art space of the former Banca della Svizzera Italiana in Lugano. This was followed by other group exhibitions, including two held at Sotheby’s premises in Milan.

In May 2015 she inaugurated her own studio in the centre of Lugano and on that occasion she presented a second project entitled Creatures 2, the result of three years’ work.

In 2016 she enrolled in “Accademia di Belle Arti di Brera”, Milan, where she attended the classes by the “Arti Visive” Department.

In addition to painting, since 2017 she has also been making sculpture.
In November 2019 she presents her first project about sculpture, titled “Karékla, una sedia per l’anima” (Karékla, a Seat for the Soul).